expat+HAREM, the global niche
The Expat Harem concept has always meant cultural peers tied together in the virtual realm. Now Anastasia has relaunched the Expat Harem website to embody our concept in today’s multicultural, global existence.
expat+HAREM, the global niche reflects the new social order of personal and universal liminality where common interest and experience defines us far better than geography, nationality or even family.
This site will be a multi-author blog and Expat Harem fans are invited to be a part of it. So we’re calling all global citizens, Turkophiles, intentional travelers and culture & identity adventurers to share your perspectives on the hybrid life. Here's how to become a guest poster.
# posted by Jennifer Eaton Gökmen @ 16:18 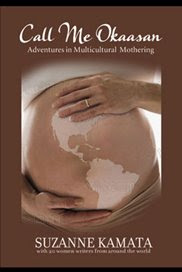 Expat Harem Contributor in Award-Winning Anthology
Congratulations to Kathy Hamilton Gundogdu! Call Me Okaasan: Adventures in Multicultural Mothering (Wyatt-Mackenzie), featuring Kathy's essay “A Santa Snafu,” was published in May 2009. The book has already been named winner in two categories of the 2009 Next Generation Indie Book Awards, and third place Grand Prize winner in nonfiction overall. The anthology was edited by Suzanne Kamata, novelist, nonfiction author, and owner of the Gaijin Mama Blog.
# posted by Jennifer Eaton Gökmen @ 21:37

Defining Expat Lit, Live on Twitter May 29
Expatriate literature may be stocked in the travel section, but does it deserve a shelf of its own? We think so! Travelers often have the luxury to avoid the very issues of assimilation and identity that dominate the expat psyche. Anastasia will guest host a live chat on the micro-blogging service Twitter to discuss the unique depths expatriate living can bring to expat lit’s combination of outsider-view-from-the-inside and journey of self-realization. All Expat Harem readers are invited to join in, and share their perspectives on this misunderstood genre: Friday, May 29th, 4-5pm EDT.

Visit www.litchat.net for more information. The only requirement is that you have a Twitter account, then use either TweetChat or Twitter search with the term "LitChat" to see the on-going discussion.
# posted by Jennifer Eaton Gökmen @ 09:08 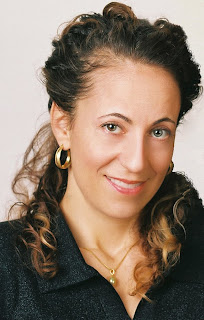 Expat Career Branding
In a two-part interview with Career by Choice, a blog run by expat career coach Megan Fitzgerald in Rome, Anastasia talks about the lessons of Expat Harem in forging her expat writing life. Answering questions about personal branding and career success abroad, Anastasia explains how writing about her life overseas and editing Expat Harem connected her to a worldwide band of her peers, and gave her career and conflicted expat mindset a new cultural context. Click to read part 1 and part 2. 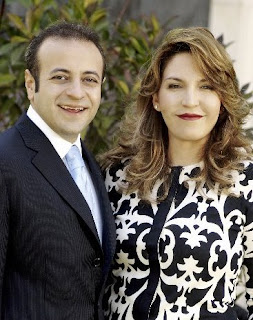 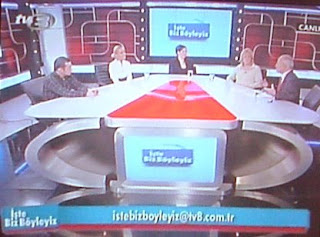 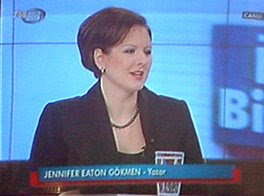 past two decades, the opening of the market since 2000, to the rising influence of both westernism *and* Islamism. Other guests included Dutch photojournalist Wilco Van Herpen, star of IZ TV's travel show Wilco'nun Karavanı; Polish star of Turkish TV and film, Tatsyana Tsvikeviç; and Japanese freelance journalist Niinomi Makoto.

Expat Harem Editors on Twitter
Joining the micro-blogging powerhouse Twitter, with its live stream of 140-characters or less “tweets” about the poster’s daily personal and professional life, Anastasia and Jennifer invite all friends and fans of Expat Harem to follow them.

This easy to master social networking phenomenon promises an “ambient intimacy” with the people whose tweet streams you choose to receive. Let us know you’re out there and we’ll follow you too!
Anastasia: www.twitter.com/Thandelike
Jennifer: www.twitter.com/Expat_Istanbul
# posted by Jennifer Eaton Gökmen @ 11:17

Following the election of Barack Obama, on November 5th, Jennifer Eaton Gökmen was invited to NTV/MSNBC’s Sade Vatandas program to give her reaction to and assessment of the historical event. Broadcast live (in Turkish), the evening talk show is hosted by Turkey’s most popular late night personality, Okan Bayulgen. 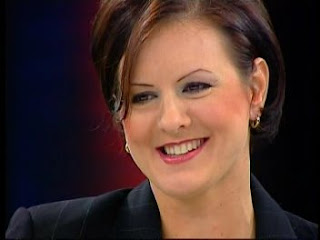 Other panelists that evening included Galip Sukaya, head of the American Business Forum in Turkey; Istem Erdener, translator of Obama’s book Dreams from my Father; and Istanbul-based African-American photographer Frank Payne , with discussion ranging from the emotional impact of the election to America’s economic recovery and the world’s expectations of the 44th president to be.

Honored Guests of the Guests of Honor at Frankfurt Book Fair
Frankfurt Book Fair –the largest annual event for the publishing industry—will be focusing on Turkey this year as its country of honor. In turn, Expat Harem will be promoted as well, not only at Dogan Kitap’s stand (the original publisher of both the English and Turkish editions of Expat Harem), but also highlighted at TURSAB’s stand (The Association of Turkish Travel Agencies).

In addition, Expat Harem will be featured at the Ministry of Culture’s main stand for Turkey. Expat Harem is being eagerly considered for the Ministry of Culture’s TEDA Project to promote foreign language editions of the anthology through government underwriting of the production cost for foreign publishing houses. With all eyes on Turkey at FBF this year, Expat Harem may soon be gracing bookshelves in many more languages...
# posted by Jennifer Eaton Gökmen @ 22:52